Serkan and Eda continue to wait for each other in separate venues. After a while, they both run out of hope and they get up. While Eda tells the girls that she will not believe in Serkan again, Serkan tells Engin that she will never stop trying. The next day, when Eda goes to work, she receives an offer to be the face of the campaign run by İnci Gülüşlü Kızlar Association. The same offer was made to Serkan. While Serkan refuses without thinking, he later learns that Eda will be participating in the same shoot. When Ayfer goes to confront Alptekin after learning the secret he kept, she encounters a scene she never expected and is forced to help Aydan. Meanwhile, Serkan is looking for a way to join the campaign, which he refused, in order to be with Eda. On the other hand, Aydan also makes plans to bring Serkan and Eda together, but these plans become so disrupted that getting out becomes complicated for even her. 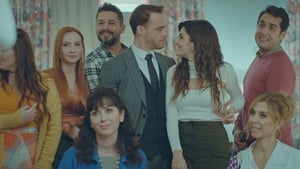